I’ve been deep into the weeds lately, organizing the first two generations of Bembrys. It’s more or less like herding cats, particularly when it comes to Williams.

I wrote previously about how I had mixed up Miles Bembry II and William Bembry I. To be fair, I wasn’t the only one: their estate files were all mixed up as well.

Well, I also had mixed up two younger William Bembrys. And in the course of straightening that out, I added some new people to the tree and found a whole location where a branch of the family settled.

So, for anyone else who might be researching the Bembrys, here is my take on untangling this particular knot.

First we have William Bembry I. Son of Miles Bembry I. Born about 1799 in North Carolina, died 1839 in Pulaski County, Georgia. Though he died without a will, he left a great big 200-page estate file full of debts, receipts, and an impressive bar tab.

Per Biographies of Pulaski County, which is definitely an artifact of its time (1935),

Miles could not serve his beloved Southland in the War Between the States because of defective hearing, but sacrificed to this cause his cherished son and a dear younger brother, William, who was killed in the Battle of Chickamauga. The son, William, enlisted at age sixteen, served three years, was taken prisoner and, after recovering from a severe case of smallpox, was smuggled through the lines to freedom by a kind-hearted Yankee, who was touched by the boy’s youth and broken health. Journeying alone, separated from his body servant, he reached home, dying soon afterward.

William Bembry II is the younger brother mentioned above. Born about 1834, he was commissioned a Second Senior Lieutenant, 14th Battalion, Georgia Light Artillery (Anderson’s Battery) Co B, and was killed at Chickamauga in 1863. His wife, Mary Jane, was administrator of his estate after his death: the files can be found at Family Search.

The second William enlisted as a private in the Georgia Light Artillery, and was promoted to Quartermaster Sargent before being captured. (My subscription to Fold3 is on hold for now, so I do not know the details.) He did return home — his “body servant” understandably opted to remain free behind Union lines rather than return to the plantation — and is buried in the Bembry Family Cemetery in Hawkinsville.

Now we get to a fourth William Bembry, who was in my line. By process of elimination, he must be the son of my ancestor, Thomas Bembry, who is the only Bembry male with an unidentified boy the right age in his household in 1830.

William M (or T) Bembry was born about 1825 in North Carolina. By 1850 he is found in Thomas County, Georgia, living near William J. Bryan and his wife, Frances Martha Bembry, who was probably John Bembry I’s daughter, and therefore William’s aunt. William Bryan witnessed a deed for William Bembry in 1850, which shows that they at least knew each other.

By 1860, William and his wife Elizabeth, had moved to Hamilton County, Florida, where my line of Bembrys all ended up eventually. He was a small-scale farmer like his brother, my ancestor, Thomas N Bembry. He held no slaves, and his property was only worth about $200 per the census.

At this point, the trail runs cold. Florida records are not as widely available online as Georgia records are, so I’ll have to do more digging. I can find no record of this William serving in the 5th Florida Infantry with the other local Bembrys. I can’t find either him or his wife in 1870. However, I believe his daughter, Mary, is the Mary “Bemery” who married John C. Holland in Suwannee County, in 1871.

While straightening out Williams, I also added information to Henry L Bembry, another son of Thomas Bembry. He is found living with William in 1860, and that led to me discovering him as Henry “Bemery” in Hamilton County in 1870, complete with a wife, Alice, and two young kids named John and Thomas, aged 4 and 2.

By 1880, Henry L had moved temporarily back to Scotland Neck, North Carolina. This mystified me for a while, until I learned that he was there to sort out his inheritance from his uncle, Ephraim Dicken. His family is not found with him, which may mean that they simply did not accompany him on the journey. However, he called himself a “widow” on the 1900 census, so Alice died at some point between 1870 and 1900.

I do not yet know what happened to his Henry’s sons, John and Thomas, but I will certainly be keeping an eye for stray Bembrys with those names whose ages match the 1870 census record. If Alice died young, they may have been adopted out to relatives while Henry went to North Carolina.

There are still three presumed daughters of Thomas Bembry born between the 1820 and 1830 censuses that are unaccounted for. I can’t find them in Pulaski county marriage records from the time, and unfortunately, records from neighboring Dooly county were burned.

But at least I finally have all the Williams straightened out! 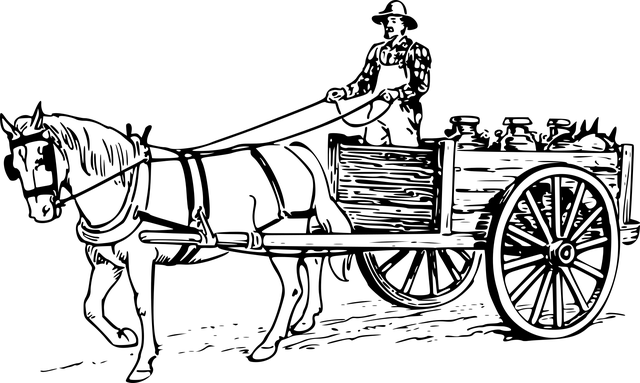