Miles Bembry is the first Bembry in America that I have been able to identify. For years, off and on, I’ve been trying to figure out where he came from. I’ve researched online and in libraries. I’ve tried cluster genealogy, researching his neighbors, business associates and probable former slaves. His origins remain a complete mystery. He seems to have appeared under a cabbage leaf!

A unique surname can often make research easier. The biggest problem with most branches of my all-American family tree is sorting out all the John Smiths or James Williams from each other. In the case of my dad’s direct paternal line, though, Bembry and any name that resembles it gets my attention. Bembury, Benbury, Bamberry, Bumbry, Banbury—you name it, I follow it up.

Yet, Miles Bembry has NO ancestral connection to anyone with any similar name anywhere, as far as I can tell. No neighbors, no wills, no deeds, no court cases, nothing.

There are a very few Bemberrys/Bamberrys/Bumberrys to be found in British records. I’ve found two who came to colonial Virginia in the 17th century. John Bemberry was brought over by a wealthy landowner to fulfill a “headright” requirement. And an English rebel, Thomas Bembury, narrowly escaped execution at the “Bloody Assizes” in 1685 and was transported for treason! Now, that would be a good story, but unless I can establish some connection to the man, I can’t claim it.

I am not very good with DNA, but I can run a search for surnames. My dad, who had very prolific ancestors, has over 1,500 4th-cousin or closer matches on Ancestry.com, over 2,500 on Family Tree DNA, and many more on GEDmatch. I have also tested on 23andme, so between us we’ve covered all four major genealogy testing sites.

I’ve run searches for all the Bembry variations that I can think of, on all those services, and only Bembry matches, spelled exactly that way, come up. Furthermore, every single one of these matches can be easily traced to a known common ancestor, and none of them are more distant than a 4th cousin. This takes us about five generations back, to Miles Bembry, my dad’s 5th great-grandfather. So, at least I can be fairly certain that line is legitimate. But it reveals nothing about any Bembry forebears.

My dad’s Y-DNA results are no help either. He has no Bembry matches with that test, however, that is almost certainly because no other Bembry males have opted to pay for that higher level of testing. There are no close matches at all, as a matter of fact. Recently, a single exact 37-marker match popped up—and he turned out to be an adoptee in Australia who doesn’t know his ancestry. Sigh.

Our many 25- and 12-marker Y-DNA matches look like a roster at the Highland Games. Surnames are overwhelmingly Irish and Scots, with a large number of Grants in particular. A map of the matches shows a large number in the southeastern U.S., a few in England and Australia, and clusters in Ireland and Scotland, with an interesting bunch right around Inverness.

Returning to paper genealogy, there were plenty of Benburys in Miles’ general area  in the 17th and 18th centuries, and for a while I thought he must have some connection to them. But there is absolutely no evidence of any relationship. And, the Benburys were solidly English. Between the lack of a paper trail, the Y-DNA evidence above, and the fact that Miles married an Irishwoman, Annie Bryan, and settled in a very Scottish area of colonial North Carolina, I have discarded that theory for the moment.

During the colonial era, it was common for people of means to effectively “adopt” orphans or other children that could not be supported by their parents, via apprenticeships or guardianship agreements. These children were sometimes relatives, but not always. Children at the time were seen as a source of cheap labor and there was some incentive to bring them into a household. It was the generally accepted method for dealing with orphans at the time.

Miles Bembry could have been one of those children. He may, for example, have been the illegitimate son of a mother whose name was a variant of Bembry, and that is why his name does not reflect his paternal ancestry. He may have been an orphan originally apprenticed to a tradesman named Bembry or a variant thereof. This would account for his having been relatively well educated (along with his four sons), but starting out life with no property to speak of—and no corresponding paper trail to identify him.

While Miles Bembry is listed on the 1790 census for Martin County, and lived among land-owning farmers and “planters,” that does not mean that he owned the land he was living on. In fact, he is not listed as a land owner on any deed or land grant document that I have found for his neighbors. The first evidence I have of land ownership by any Bembry occurred in 1797, when Miles inherited 100 acres from his father in law, Needham Bryan. Miles’ move to Bertie County by 1800, then back to Martin County shortly afterwards (as well as his bouncing from owning 1 slave in 1790 to to owning 69 in 1800, then back to owning 18 in 1810) leads me to believe that he was working as an overseer on other people’s farms during most of those years, as he did later in Edgecombe County.

Miles could also have been born in Scotland or Ireland as a Bembry or Bamberry and arrived as a boy or young man in North Carolina. He might have been an indentured servant or a transported petty criminal or orphan. The old family story was that Miles was a “ship’s captain” who married an Irishwoman and then left her and his four sons in North Carolina and went back to England. There is no evidence whatsoever of Miles being a captain, but perhaps he was a cabin boy. The part about his marrying an Irishwoman turned out to be true, after all.

Of Miles’ four son’s given names, John, William and Thomas are a dime a dozen and not very helpful. But the fourth son’s name, Kenneth, could be a clue. The name is originally Scottish, and not all that common. It is not found in the Bryan family, as far as I know, and yet it was repeated for several generations in the Bembry line.

A prominent man of Scots descent, Kenneth McKenzie (1745-1785) lived near Miles in Martin County in the 1770s and 1780s, and was associated with his close neighbors on documents. Miles later worked as an overseer for David McKenzie Clark, Kenneth’s nephew, in Scotland Neck. The McKenzies owned extensive farms in both Bertie and Martin counties, the two places Miles lived before he bought his own farm. He could well have been overseeing their plantations.

Kenneth McKenzie’s brother in law, Colin Clark, left his  wife Janet McKenzie, and their four sons to move back to England, never to return—just as that mythical ship’s captain was supposed to have done. Now that is a very interesting coincidence, right down to the number of sons.

Finally, while we have no connections to McKenzies on paper so far, we have lots of relatively close DNA cousins with McKenzie in their lines.

So, was Miles actually a McKenzie, born on the wrong side of the blanket? It certainly seems like a possibility, but there is no proof, and may never be any. Still, once I return to the U.S. and have access to paper records once again, a search of McKenzie deeds and court records will be a project for some rainy day.

Of course, Miles may have just showed up under a cabbage leaf on a Scotsman’s farm in colonial North Carolina. At this point, I’d totally believe it! 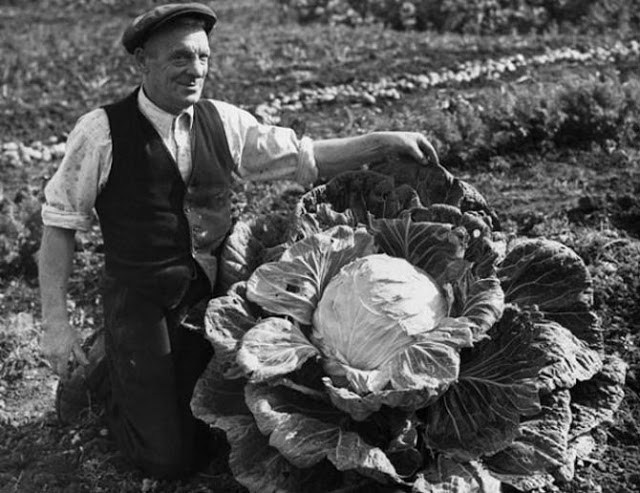